We hope you enjoy some of the photos and memorabilia from the Club, the Movement and the period…

From the Corporate Minutes of the Woman’s Athletic Club of San Francisco:

At its October 9, 1916 meeting, the Board of Directors unanimously approved a policy that “Members wearing other than Club bathing suits should be charged for the care of said suits.”  (The approved Club bathing suit, chosen at another meeting, was a black one-piece with a blue and white stripe at the bottom.)

At its February 14, 1917 meeting, the Board of Directors approved the following motions: 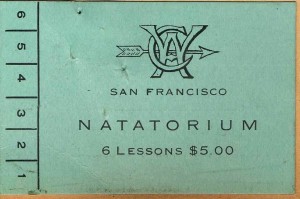 The impact of war …

At a special meeting on May 18, 1917, the Board of Directors approved a motion: “That all Members going to the Front for active service be put on a no dues list.”

At  a special meeting on June 4, 1917, the Board of Directors approved a motion: “That in observance of Federal Law it be prohibited to serve liquor of any kind in the Club when there is a man in uniform present.” 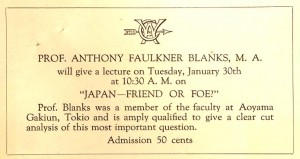 A Collect for Club Women

(from the Appendix of “T

Keep us, O God, from pet

tiness; let us be large in thought, in word, in deed.
Let us be done with fault-finding and leave off self-seeking.
May we put away all pretense and meet with each other face to face, without self-pity
and without prejudice.
May we never be hasty and always generous.Teach us to put into action our better impulses, straightforward and unafraid.
Let us take time for all things; make us grow calm, serene and gentle.
Grant that we may realize, it is the little things that create difference; that in the big
things of life we are one.
And may we strive to touch and to know the great common woman’s heart of us all,
and, O Lord God, let us not forget to be kind. 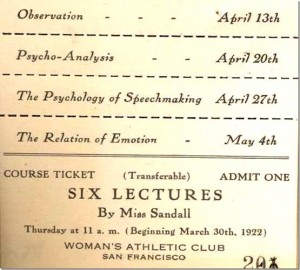 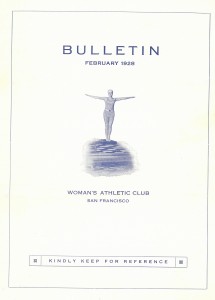 The Heart of the Club Movement

Clubs come into being because from a group something comes into our lives greater than any one can get alone, that something that blends companionship, friendship, the wisdom that comes from many minds rubbing against each other, the inspiration that springs from such contact of mind with mind, and the efficiency that results from combined effort. . . There are big tasks lying before women, tasks that need such energy as we get from combination of effort.

Why have Junior Membership?