IN RECOGNITION OF 100TH ANNIVERSARY OF THE
METROPOLITAN CLUB

In the House of Representatives

Mr. Speaker, I rise to honor the 100th anniversary of a landmark in San Francisco that is beloved as an important gathering place for women and as an historic building, The Metropolitan Club at 640 Sutter Street today serves over 1,000 members and countless non-profits that use the beautiful building for meetings and events.

The Metropolitan Club started in 1912-1914 as a vision of a group of Bay Area women who were determined to build an athletic club for women similar in size, grandeur, and services to those available to men. These ladies were active in civic and charitable organizations & the preparations for the 1915 Panama-Pacific International Exposition.

On October 25, 1915, their vision became a reality and the Woman’s Athletic Club of San Francisco was incorporated as the first women’s athletic club west of Chicago. For a century now, the club has been a special place for women of all ages to pursue physical and intellectual fitness.

The historic building was designed by Bliss & Faville, a prominent architectural firm that is responsible for landmarks such as the Bank of California, the Geary Theater, the Masonic Temple, Southern Pacific Headquarters, China Basin, the Marine’s Memorial Club and the University Club. After a major addition to the clubhouse was finished in 1923, the San Francisco Chronicle lauded the Club as “unlike anything in the United States maintained for and by women.”

The unique character of the Metropolitan Club has made it a desirable place for historic events. It became the unofficial headquarters for visiting women journalists who covered the signing of the United Nations Charter in San Francisco in 1845. In 1948, it was the only local club represented at the first Western meeting of UNESCO.

In 2004, the Metropolitan Club received one of the most prestigious honors from the U.S. Department of the Interior; it was nominated to be listed on the National Register of Historic Places which is the official list of the Nation’s historic places worthy of preservation. The Metropolitan Club was described as a “place where the women who formed the club and generations of San Francisco women after them have met their friends, exercised, dined, played cards, celebrated holidays, attended lectures, entertained others and engaged in all the activities of the club.” The same year, the 640 Heritage Preservation Foundation was created as a 501(c)3 with the mission to preserve the club’s historic building and important heritage.

Major seismic and life-saving renovations were completed in 2009 to prepare the club for its second century as the “House that Women Built.”

Mr. Speaker, I ask that the House of Representatives join me in saying happy 100th birthday to the Metropolitan Club which has touched the lives of countless San Francisco families and helped shape the history of our beautiful city by the bay. 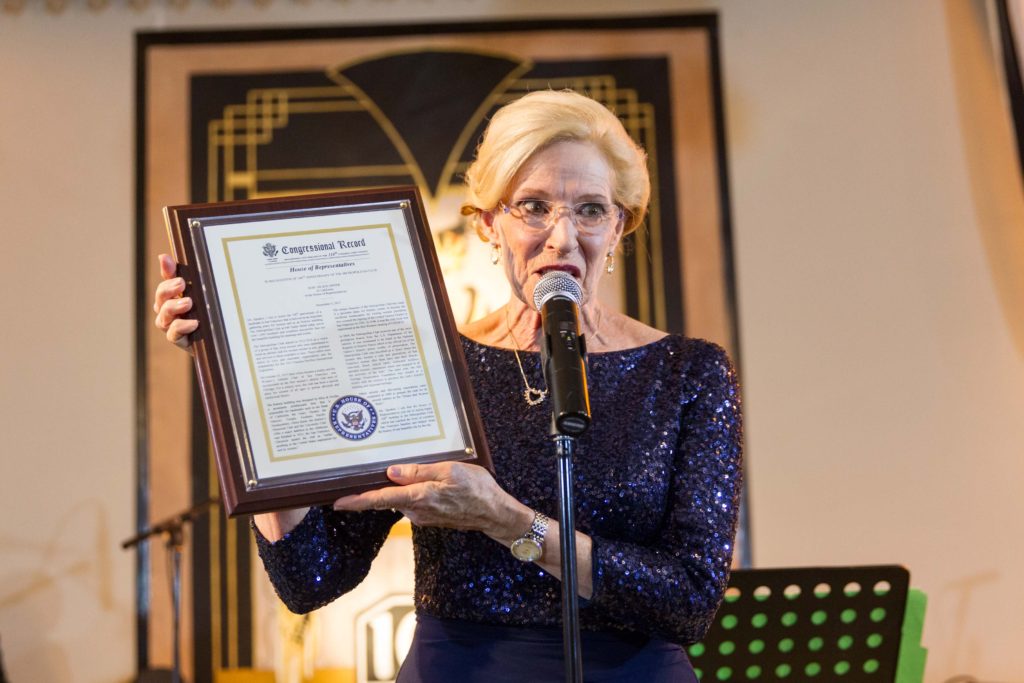