A brief history of the Club and Foundation: 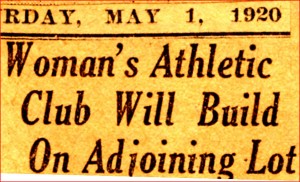 New Metropolitan Club logo, based on the historic logo of the Women’s Athletic Club, is adopted and copyrighted.